NEW ALBUM! Blind Engineer has released an EP, The Big Restless. A humid, noir-inflected portrait of wanderers, upstarts, and small-town prisoners, The Big Restless calls on the rural gothic of Mark Lanegan, the rambunctious spirit of The Felice Brothers, and the spare working-class sonics of The Vulgar Boatmen, The Silos, and Darkness-era Springsteen.

Blind Engineer will celebrate the release of The Big Restless with a show at Ace of Cups on Friday, July 29. Betsy Ross and Sin Shouters open. The band will also play live on WCBE 90.5 Wednesday, July 27 in the 11AM hour.

Blind Engineer began as a 2011 solo home-recording project by Robert Loss. With help in 2013 from Bill Heingartner, Loss’ bandmate in The Wells, Loss released Black-Letter Ballads, vol. 2, a digital download-only album of twenty-one recordings saturated in hiss and adventure that sound like they were recorded in the back of a speeding '88 Lincoln Towncar.

In 2015, with Loss on rhythm guitar and lead vocals and Heingartner on drums, Blind Engineer (now sans “the”) was joined by Columbus singer-songwriter Eric Nassau on bass and Jesse Charles on lead guitar.

The Big Restless is available for download here at Mingo Town Music and at Bandcamp. The download comes with a lyric sheet PDF. 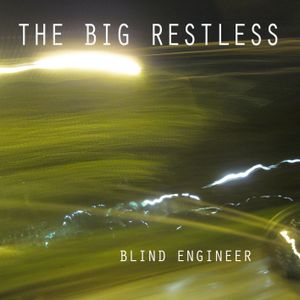 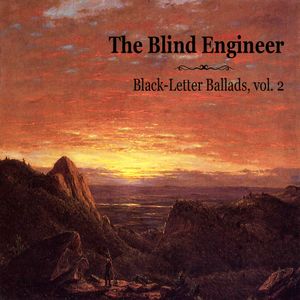 The Blind Engineer is not like any musician you have encountered before. His songs will ride you like an “out of time” rusting train car. And what if you met your forsaken conscience in this wood stove that is America? Would you even try to make amends or would you simply run the other way? There are no answers in these songs and messages are just some new junk The Blind Engineer refuses to deal in. His music is beautiful, all naked and transfigured underneath the underpass. And it’s a hell of a way to go ending up right back here wringing your hands, drinking the same stale, warm beer. Ask yourself who isn’t sick and tired of hanging around this prehistoric town as you fuck your sacred noise and burn, burn so dispassionately. “I stood at the wall, my fingers covered in ash, and I wrote my new name.” - Charles Cicirella

Our EP release show is this Friday, July 29 at Ace of Cups! We'll be playing the EP in order, probably, and other tunes. Sin Shouters open and Betsy Ross closes out the night! $5 only. Tell us you're coming at the Facebook event page.

That same day, at 12pm, we'll be playing live in-studio for the Columbus Dispatch's "Window on the World" webcast program. You can watch it live here:

We're thrilled to be back at WCBE 90.5, Columbus' awesome NPR station, to play live in-studio! We'll be featured in the 11AM hour of Ante Meridian. Listen in online at www.wcbe.org okay?

Buy an old-fashioned hard copy of our new EP, The Big Restless, at the Mingo Town Music "music" page!

Our first EP is now available for digital download now at Mingo Town Music and Bandcamp! CDs will available soon for purchase from the store.

Just posted our new video for "New Skin for Old Bones" from the EP! Check it out above!

We're really thrilled with the new EP and have some more to share with you soon. Keep checking here for further deets, and plan to see us with Sin Shouters and Betsy Ross at Ace of Cups on Friday July 29!